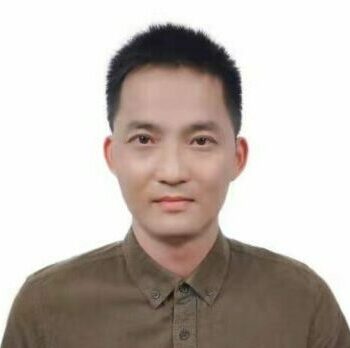 Ruibao Li comes from south China and studied choanoflagellates for his Ph.D. in University of Cologne, Germany. He subsequently studied the toxins and evolution of cyanobacteria as a postdoc, combining bioinformatics and molecular experiments. He joined the Gerdt group in November 2021 to study host-microbe (choanoflagellate-bacteria) interactions. In his leisure time, he likes to play […]

Olivia was born in Zionsville, Indiana and graduated from Zionsville High School. She is majoring in biochemistry with a minor in Spanish. She joined Gerdt’s lab in Fall 2021 and is focusing on the influences of microbial natural products on bacteriophage infectivity. In her free time, Olivia enjoys reading Stephen King novels, hiking, watching movies […]

Henry is from Indianapolis, IN, and graduated from North Central High School. He is majoring in biochemistry and is minoring in french and physics. His project entails small molecule inhibitor screening to elucidate the cellular mechanism by which Capsaspora aggregates. His hobbies include rock climbing, playing tennis, watching movies and cooking.

Eleanor Goldstone is working on getting a degree in chemistry with a minor in mathematics. She joined Gerdt’s lab the summer before starting college in June of 2021. Her research is centered on studying the three-way interaction between protists, snails, and parasites. During her free time, Eleanor likes to experiment in the kitchen and bring […]

Marian is a nature loving person who hails from Ghana. She earned her master’s degree from Illinois State University where her research was on synthesizing a protease inhibitor for Human T-cell Leukemia virus. She joined the Gerdt lab in December 2020. Marian is very interested in medicinal chemistry and so she’s excited to research into microbial […]

Bryan was born in Indianapolis, IN, graduated from Zionsville high school, and earned a bachelor’s degree at Indiana State University. As an undergraduate, he performed research on metal-carbene complexes using computational methods such as Natural Bond Orbitals (N.B.O.) and Natural Resonance Theory (N.R.T.). In the Gerdt lab, his research focus is on chemical signaling and […]

Kyoung Jin studied isolation and identification of secondary metabolites from medicinal plants and earned his Ph.D. at Sungkyunkwan University, South Korea. He joined the Gerdt group as a postdoctoral associate in March 2020. He focuses on purifying and identifying natural products produced by symbiotic microorganisms. He likes to watch sports and drama, listen to music […]

Zhiyu was born in northwest China and obtained his bachelor degree in Chemistry at Peking University, Beijing. He joined the Gerdt group in Fall 2019, where his research focuses on the bacteriophage defense mechanisms and the influence of natural products on bacteriophage infectivity. He has a lot of hobbies, such as playing basketball, going to […]

Soniya is originally from Andhra Pradesh, India. She received her integrated master’s degree in chemistry at IIT Bombay. She joined the Gerdt Lab as a Ph.D. student in 2019 to study bioactive metabolites produced by bacteria in different environments. In her free time, she likes to dance or watch dance videos but hates running. She […]

Ria is an organic chemist who loves exploring the interface between biology and organic chemistry. She got her undergrad degrees in both chemistry and biology at New Mexico Tech where she helped to design and synthesize a library of anti-cancer compounds. Ria joined the Gerdt lab in December 2019. She is excited to expand her […]